This blog has unfortunately been pretty inactive in the past few years (despite me wanting to go back to it), but I wanted to announce that I’m hoping to move (or copy) all of the information about Oberlin Nikkei students to their own page. Initially I had uploaded all my findings onto my personal blog for convenience, but I never thought that so many people throughout the years would find them and reach out to thank me for documenting their grandparent or an old friend/colleague. Thank you so much to everyone who has sent me a message! *If you are a relative or friend of someone who was a student at Oberlin College during the war, please email the Oberlin Alumni Association at alumni@oberlin.edu or the Alumni Magazine at alum.mag@oberlin.edu with any information or stories you’d like to share! They’d be really happy to hear from you.*

Oberlin has not contacted me about making a separate website for these students, but I’m hoping to collaborate with my brother Alex Guevara to make a separate space for these stories and photos, one that will no longer be tied to my personal blog. (I’m pretty sure there’s at least one page referenced by Wikipedia! Who did that?? In any case, this is Wikipedia’s page that references Oberlin College and the Alumni Magazine’s article on Oberlin taking in students during the war.)

In the meantime, thank you for your interest!

Here are some books that I’ve read since my time at Oberlin that have addressed (directly or indirectly) Japanese-American incarceration and internment during World War 2. If you are interested in reading some non-fiction and fictional accounts, I suggest you look these up!:

I REALLY wish I could go see George Takei’s musical Allegiance! It’s my dream to work on something like that!! What a fantastic combination.. historical + musical theatre! Unfortunately I’ve never been in the States when it’s been running, and there haven’t been any showings in Japan…. yet. Please go see it for me!

I also hope that in the future I can do something with my own idea for a (probably YA) novel regarding the subject. In any case, I managed to type out over 50,000 words for a draft of it for NaNoWriMo (National Novel Writing Month) 2016. If you love to write or have always wanted to write, I recommend you participate in their contests! The 50,000 word draft contest is always in November, but right now they have something called “Camp NaNoWriMo”, for which writers design their own goals (word count, # of minutes, hours, pages, lines, etc.) for the month of April. I’m kind of participating, but I’ll be starting work next week after a long spring break. (I’ll be teaching English every day at three different schools!)

Another life update: I began Japanese to English translation through the website Gengo and have also done other random freelance work from tourism details to doujinshi (fan-made manga). Since I originally came to Japan wanting to use Japanese and not just teach English, I hope I can keep this up and develop my skills further- even amidst teaching at three schools.

My immediate goal, however, is to learn how to stay organized and keep track of so many different schools/classes/students! Any teachers out there with great tips?

Here is a perfect example of writing from a student that exhibits how translation software should be banned to language learners. Behold this email:

Miss G!!
The [NAME] you are taken care of in the ciass [#]!
How can a question about ER BOOK QUIZZS?
Do you have a relationship with the ER BOOK QUIZZS problem that is written at the end of this?
Has long rude
You are repiying wait

This must have been the most hilarious email I’ve received in my life. The English is ridiculous enough to understand that not just a few words, but a whole message was copied and pasted into Google Translate or LINE dictionary and sent off. It’s very interesting how certain aspects of Japanese translated (strangely) into English. If you have studied Japanese, can you understand what he was trying to say- without using translation software to translate it back?
(Also, all the exclamation points??)

The prompt was to write a four-to-five paragraph essay comparing American and Japanese movies. Here are some highlights from my students’ essays…. 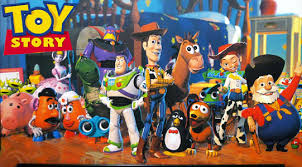 They worked hard this semester. Very proud- and very amused. 😀

As I might have mentioned in my bio or in other posts, I started studying Japanese quite a long time ago. Between sixth and seventh grade I had the dilemma of choosing which foreign language to study (French, Spanish, Italian, or Japanese). I am an indecisive person in general, but I suppose at the time I knew that my foreign language selection might have a huge impact on my life. I enjoyed being exposed to all four of the languages in a “quarter” each of the school year, but was leaning toward Spanish for practical reasons. Yet, since I was 6 years old I’d been attracted to Japanese, the language of which seemed least practical out of the four. I turned in my selection sheet saying “Spanish” only to run back into my guidance counselor’s office to change my decision. Needless to say, that decision was one of the biggest ones in my life.

However, although I started at an early age I felt I was never able to improve as much as I’d hope to. One reason may be was that no matter when I was studying, middle school, high school, or even in college, my exposure to Japanese would be halted as soon as I exited the classroom. There were no Japanese families whom I knew of in my mostly-white (~82%) suburban hometown in New York. Even at Oberlin College I felt like I knew most of the international Japanese students who made up a small percentage of the already fairly small student body population.

Reading was by far my greatest weakness. Because I was never exposed to Japanese outside classes, just glancing for a few seconds at the Japan Times or the inside of a novel would get me frantically closing the browser or shutting the book. I was intimidated by all the unfamiliar kanji characters and discouraged by increasingly formal or complicated grammar. I just couldn’t get myself to read.

One of the great parts about being an Oberlin Shansi Fellow is that all Fellows are granted the opportunity to take summer language courses in the language of their site (Japanese, Mandarin, Hindi, or Indonesian). Some Fellows studied in intensive programs in the States, while others like me studied in their host countries. Our levels vary tremendously, but I especially admire my friends who are studying an entirely new language right before jumping in to teach for two years!

Because I hoped to travel around for fun before taking my course and because I have already experienced a year of study abroad in Japan, I looked for an intensive upper level course that was also a short period of time. At first I applied to a brand new, 3-week, upper-level intensive program by the Hokkaido International Foundation (HIF). Their popular 8-week program has been around for a while, and one of my Oberlin teachers has taught there in the past. Unfortunately, even after completing an application (with many recommendation letters and some essays in Japanese), the program was canceled because of lack of enrollment. (I’m thinking they just didn’t advertise it enough….)

After the time and effort I and my teachers put into that application, this cancellation was a bummer. (So was not getting back my application fee.)

BUT it was also a blessing in disguise because after more searching I found the Kai Japanese Language School and their three-week JLPT Preparation Course.

Me and my friend from Belgium. He loves writing in Japanese and his kanji/vocab skills are amazing!

The Japanese-Language Proficiency Test (JLPT) has been offered by the Japan Foundation and Japan Educational Exchanges and Services (formerly Association of International Education, Japan) since 1984 as a reliable means of evaluating and certifying the Japanese proficiency of non-native speakers. At the beginning, there were approximately 7,000 examinees worldwide. In 2011, there were as many as 610,000 examinees around the globe, making JLPT the largest-scale Japanese-language test in the world.

Over time, test applicants have become more diverse, and use of JLPT results has expanded from skill measurement to include employment screening and evaluation for promotions and pay raises as well as use as a form of qualification.

N1 is the most difficult level.

Although I passed N2 (by a super small margin) in 2011, I wasn’t feeling very confident when I enrolled for the N1 course. I was completely terrified on the first day. However, the energetic and enthusiastic teachers plus the fun students made me feel I was in the right place.

There were only 8 students in my class: 2 from the USA (including me), 1 from England, 1 from Italy, 1 from Latvia, 1 from Iran, 1 from Belgium, and 1 from Australia (in that seat order). Everyone was super motivated, and that was inspiring.

Our class was small and intimate.

Every segment was tremendous help for me, but the best part that I was forced to READ.
Four hours straight, twenty hours a week of strategy lessons and practice questions forced me to get over my inhibitions, looking for the meanings of the passages rather than the reading of every single unfamiliar character. The course really changed my outlook on Japanese, and hard work paid off because the first and final practice exams revealed that my reading comprehension score rose by 42%!!! (Albeit you can imagine it was miserable to begin with.)

As a student of Japanese and as a Shansi Fellow, my time at KAI was really an invaluable experience. Now I have new friends from AND I can read without freaking out! (Still need to use dictionaries though.)

Sadly after one week I’m already beginning to forget some of the difficult grammar patterns and words that appear mostly in written works… Luckily I have a classmate, friend, and study partner in Tokyo! Even though I’ll start teaching English soon, I’ll try my best to keep up my studies and pass the N1 in December! これからも、私なりに頑張って生きていきます。

Now the daily rush-hour commute into Tokyo, THAT was another “interesting” experience…

A Visual Record of Travels

life with my sweetie

food, books and thoughts on my life

Ikiru- To Live. The chronicals of a Filipino American in Japan.

The latest news on WordPress.com and the WordPress community.